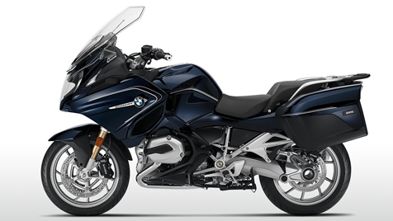 BMW builds a wide range of motorcycles and the R1200 RT is their entry-level touring motorcycle. The R1200 RT was launched in 2005 to replace the R 1150 RT and underwent a complete design overhaul in 2014.The R1200 RT is a big motorcycle. The wide front fairing extends almost to the end of the handlebar and gets a dominating three-part headlamp and dual LED corona rings that remind you of BMW cars. The seating is relaxed and the large, electrically adjustable windshield ensures wind protection. The fairing exposes the boxer cylinder heads. The hard luggage is standard and is stacked above the dual exhaust pipes.The R1200 RT is powered by a 1170cc boxer-twin petrol engine that develops 124bhp of power and 125Nm of torque. The engine is now liquid cooled and is mated to a six-speed gearbox that sends power to the rear wheels through a shaft drive. It gets riding modes “ rain, road, and standard, and can be toggled at the press of a button. An on-board trip computer, electric windshield, heated grips and colour-matched saddle bags are standard.It gets 17-inch alloys with 120mm wide rubber in the front and 180mm in the back. It gets Telelever suspension in the front and Paralever in the back with optional semi-active electronic adjustment. It gets dual 320mm discs in the front with four piston calipers and a 265mm disc in the back equipped with ABS as standard. In the Indian market, the R1200 RT competes with the Ducati Multistrada 1200. 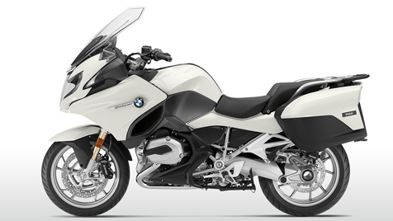