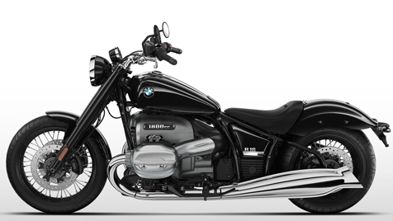 The BMW R18 is powered by 1802cc BS6 engine which develops a power of 89.84 bhp and a torque of 158 Nm. With both front and rear disc brakes, BMW R18 comes up with anti-locking braking system. This R18 bike weighs 345 kg and has a fuel tank capacity of 16 liters. The R18 is the only cruiser in BMW Motorrads portfolio. The company had started giving us a glimpse of the bike in various concept forms months before unveiling the final production model. And all the wait was worth it as the production iteration isnt very different from the concept and looks just as gorgeous.

The design of the R18 takes inspiration from the 1936 BMW R5 cruiser and it looks smashing from every angle. Sporting a purely vintage styling, the motorcycle incorporates a round headlamp, single pod instrument cluster, peanut-shaped fuel tank, and a chopped rear fender. The main design highlight of the R18 is the dual fish tail-like exhausts spiraling out of the burly boxer mill. The wide, pulled-back handlebar, scooped seat, and slightly forward-set footpegs indicate that it is meant to offer comfortable ergonomics.

Powering the motorcycle is a mammoth 1,800cc, air and oil-cooled, boxer-twin motor which is the largest boxer-twin BMW has ever plonked on a production bike. It pumps out 91bhp at 4,750rpm and 158Nm at 3,000rpm. Most of that performance is delivered in the lower end, between 2,000-4,000rpm, which should make it fun-to-ride in the city as well as on the highway. The engine is mated to a six-speed gearbox.

The R18 is a typical BMW when it comes to features as it gets many of them. The list comprises heated grips, full-LED lighting, cornering lights, a reverse gear, hill-start assist, switchable automatic stability control, engine drag torque control, and three riding modes “ Rain, Rock, and Roll. On the contrary, it is quite basic in terms of cycle parts. The R18 is suspended by telescopic forks and a cantilever strut with damping and spring preload adjustment. Braking is handled by dual discs up front and a single disc at the rear measuring 300mm each.

BMW has introduced the R18 in all three variants in India, similar to the international markets. It comes in Standard, First Edition, and Classic trims, and the differences in these are majorly visual. Prices of the bike start at Rs 19.90 lakh and go up to Rs 24 lakh (ex-showroom). It faces completion mainly from the Harley-Davidson Softail models. 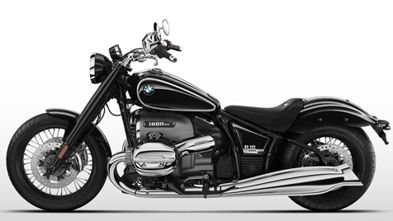