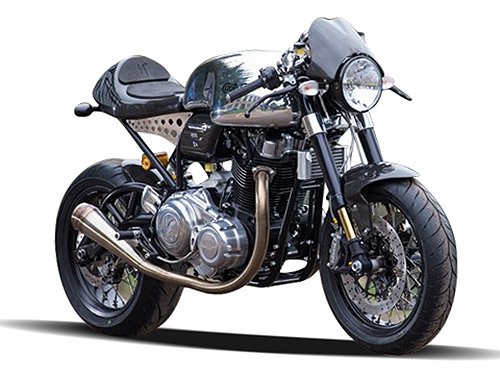 The Norton Dominator is a caf© racer that harks back to the glory days of British motorcycling. It is mechanically the same as the Commando 961. Where it differs is the styling.

The Norton Commando 961 is a caf racer that harks back to the glory days of British motorcycling. It has two main variants, the Sport and the Caf© Racer. Both are mechanically the same, but the latter is a single-seater, as befits the genre of motorcycle. It also gets a few bits and bobs that are exclusive to it, like a carbonfibre flyscreen, clip-on handlebars, remote master cylinders for the brakes, and polished wheel rims. The Commando is powered by a 961cc parallel-twin cylinder engine that is air/oil cooled. It is a pushrod engine, which means that it isnt the most modern tech “ we currently see it in only the earlier Royal Enfields and older engines from Harley-Davidson “ and it generates 79bhp and 90Nm. The gearbox is a five-speed one.