The Yamaha YZF R15 V3 is powered by 155cc BS6 engine which develops a power of 18.37 bhp and a torque of 14.1 Nm. With both front and rear disc brakes, Yamaha YZF R15 V3 comes up with anti-locking braking system. This YZF R15 V3 bike weighs 142 kg and has a fuel tank capacity of 11 liters. The Yamaha R15 changed the 150cc segment in the Indian market the way the CBZ did when it was launched. It was an everyday motorcycle that could genuinely be used as a trackday tool.

The second version of the R15 traded practicality for more focused performance, but the advent of the KTM RC200 meant that a far better performance was available for the sportbike enthusiasts at a similar price. The R15 Version 3.0 reduces that gap significantly with technology. On the list is now a BS6 engine with a few more ccs, but featuring variable valve timing which takes the maximum power output to nearly 18.3bhp with a peak torque output of 14.1Nm.

It also gets all-LED lamps and an all-digital LCD instrument cluster that displays a wealth of information, including when the Variable Valve Actuation switches to the different camshaft profile. While the global model gets goodies like upside down forks, the domestic version features conventional telescopic forks to keep the costs in check. The pillion seat seems to be positioned a little lower, at least visually, which should address some of the pillion complaints.

The rear side panels have a Ducati Panigale-style gap which looks attractive when viewed from behind. Grab handles for the pillion have also been cleverly integrated, which was given a miss in the Version 2.0. The motorcycle features disc brakes at both ends and is now equipped with dual-channel ABS as standard equipment. Meanwhile, with the BS6 version, the motorcycle now features a radial tyre as standard for the rear, side-stand engine cut-off switch and dual-tone horns. The R15 Version 3.0 BS6 is available in four colour shades of Racing Blue, Thunder Grey, Darknight, and Metallic Red. 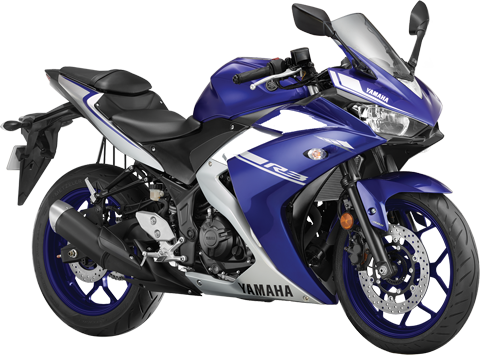