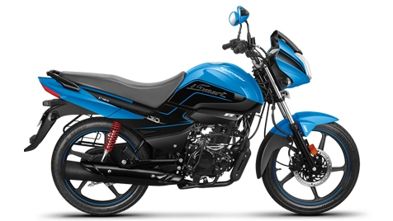 Hero Splendor iSmart 110 is a commuter bikes available at a starting price of Rs. 67,650 in India. It is available in 2 variants and 3 colours with top variant price starting from Rs.

Hero MotoCorp has stuck to a conservative design approach for the Splendor iSmart 110, though it now looks more elegant than its other stablemates. The bikini fairing, curvy fuel tank and the simple tail section give the motorcycle a simple yet refreshingly new look. The instrument cluster also gets a basic design, though it does integrate a small LCD screen that displays the trip meter, odometer and fuel indicator. The company has also introduced the BS-VI version of the motorcycle which features an all-new diamond chassis instead of the double-cradle chassis on the out-going one. Design-wise, the body panels receive subtle updates including a new set of decals. Furthermore, it gets longer suspension travel, higher ground clearance and a longer wheelbase.

Powering the Splendor iSmart 110 is a new 110cc engine that produces 9bhp and 9Nm of torque, and is mated to a four-speed gearbox. With a top speed of 87kmph, Hero claims that this engine offers nine per cent more power and 12 per cent higher torque than its older 100cc counterparts. The bike comes with idle start-stop system (i3s) that helps in saving fuel in stop-go traffic. On the other hand, the BS-VI version is also powered by the same motor which comes with fuel injection. In terms of power output, the engine registers 9bhp and 9.89Nm, a slight difference in power figures. 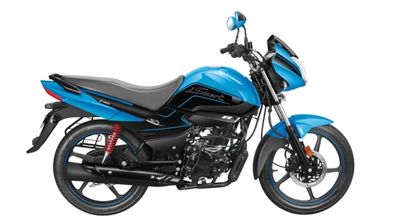 Hero Splendor iSmart 110 is a commuter bikes available at a starting price of Rs. 67,650 in India. It is available in 2 variants and 3 colours with top variant price starting from Rs.