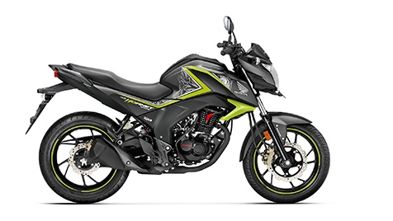 In addition to this, it gets an LED headlamp, and a hazard light switch where one would ordinarily have got an engine killswitch.The CB Hornet 160R is powered by a 163cc single-cylinder air-cooled engine that produces 15.7bhp at 8500rpm and peak torque of 14.76Nm at 6500rpm. This engine is mated to a five-speed gearbox. The bike gets disc brakes at both ends along with the Combined Braking System instead of the standard disc-drum setup. Single-channel ABS is now an option, but both ABS and CBS are not available together. The front brake is larger than the CB Unicorn 160s, at 276mm. The rear disc size is 220mm. The bike rides on a 100/80-17 front tyre and 140/80-17 rear tyre, which matches the widest in the segment.

The fuel tank capacity stands at 12 litres and the kerb weight at 142kg for the CBS version and 140 for the standard version.This bike is offered in five variants “ the mechanical differences are with the brakes. You can have a standard brake setup, ABS, or CBS. The other two options are cosmetic variations called Special Editions that have different graphics. ABS is not an option for the Special Edition Hornet. It is available in five colour options “ orange/black, white/blue, red/grey, green/black and yellow. The Hornet is priced at Rs 81,863 (ex-showroom) and competes against the Yamaha FZ S and Suzuki Gixxer. 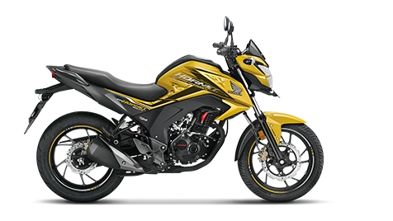